a thin navajo person with medium brown skin, and long black hair that is usually worn in two plaits or a tsiiyéél. she usually wears colourful patterned clothing, and either ver goggles or welding mask.

an ex-agromech-repairer and pilot on a farm, robot left to go and repair mechs for the rebellion against the ruling family of the planet. ve even saw some action in battle. during the can invasion, which crushed both the rebellion and the royalists, robot stayed on as captain koh reformed the anti-royalist rebellion into the anti-clan resistance.

tends to overthink everything, which sometimes leads to stalling on the battlefield.

art. started drawing animals and sites around the farm. carries a sketchbook at all times, and mostly uses pencil, with some black ink paintings. most of ver art is for verself, and ve doesn't show it to others often. robot likes to sit around drawing the other mercenaries and their mechs, and various other people and things wherever ve goes. ve's trying to unlearn overthinking in her art and to loosen up in her lines and strokes. painting ver clothes. maths, engineering, mechanics, etc. history of mech construction/technology. any kind of yellow flowers.

bright lights. going anywhere without one of her jackets. 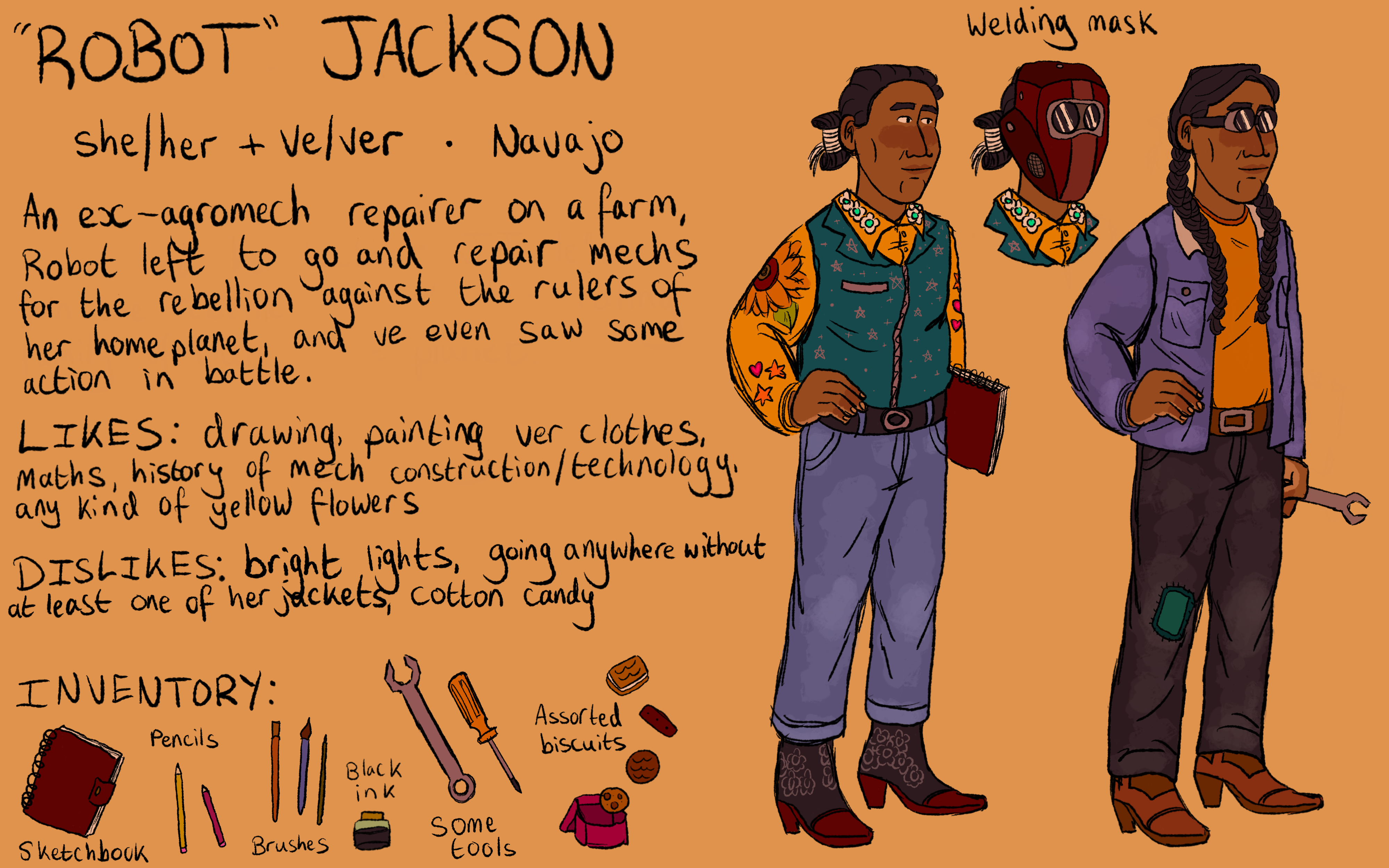 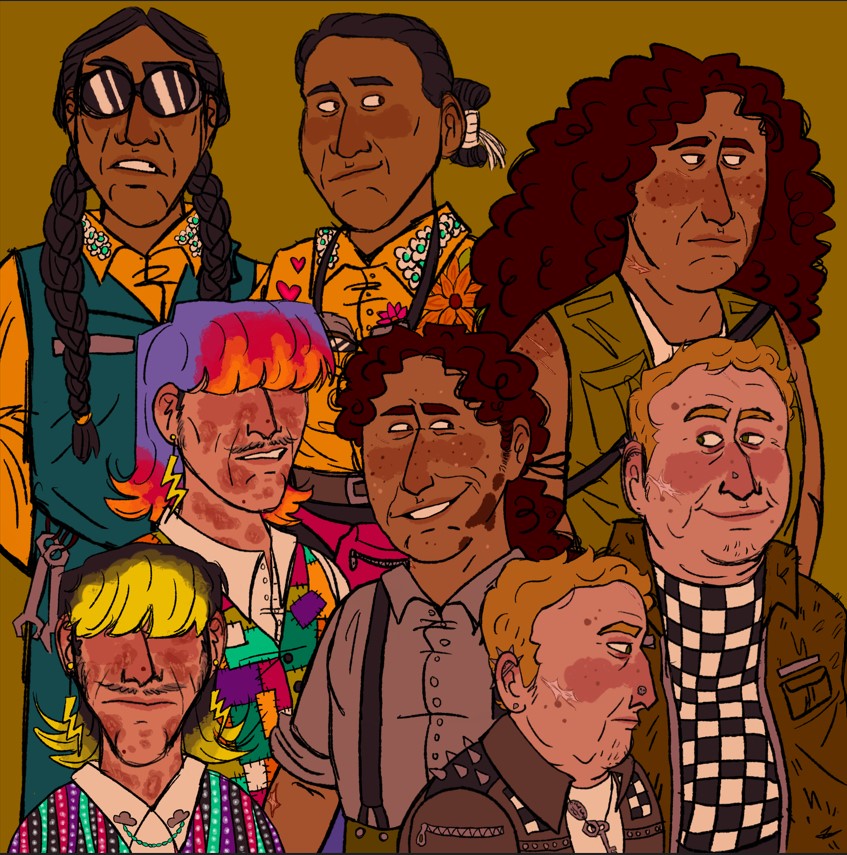